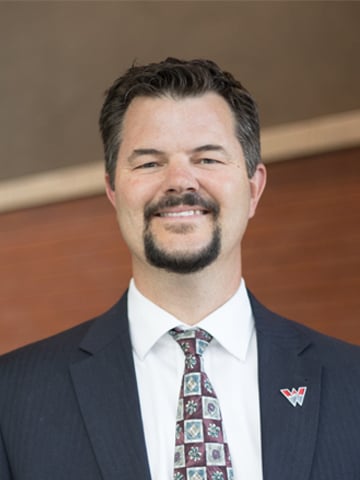 Mike LaPlante was introduced as Western Colorado University’s Vice President of Advancement in April 2019. LaPlante has spent the past 25 years in growing leadership roles within higher education development.

For 15 years prior to joining Western, LaPlante served Colorado State University in various capacities. Initially he led the Athletic Development team, where he grew the team from two to six people, built an Athletic Director Cabinet and launched its first Capital Campaign. He was later promoted to leading the Regional Development team and expanding the campus-wide outreach and development efforts across the United States. Most recently, LaPlante served as Associate Vice President for Advancement overseeing the central development offices of Gift Planning, Regional Development, Principal Gifts, and Corporate and Foundation Relations. In addition to leading these units, LaPlante directed the State Your Purpose Campaign on behalf of Colorado State and oversaw the reaching of the $1 billion goal 21 months early.