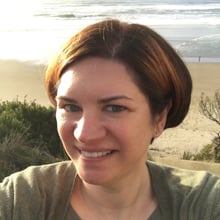 An award-winning writer, editor and designer, Allyson Longueira has worked in fiction and nonfiction in multiple media, including newspapers, magazines and books. She holds a BA in English from Rutgers University and an MA in journalism from the prestigious University of Missouri School of Journalism.

While a newspaper editor, she led her newspaper to three general excellence awards in three consecutive years from the Society of Professional Journalism and the Oregon Newspaper Publishers Association. After she transitioned to fiction editing, Allyson launched Fiction River Presents, a new series of reprint anthologies published by WMG Publishing, for which she serves as series editor.

She has taught writing, publishing and design at the college and professional levels, including a post as adjunct professor at the University of Oregon’s School of Journalism and Communication as well as teaching professional workshops and lectures through WMG Publishing alongside award-winning authors and editors Kristine Kathryn Rusch and Dean Wesley Smith. In 2020, Allyson joined the faculty of Western Oregon University as part of the Graduate Program in Creative Writing, where she teaches alongside Publishing Concentration Director and New York Times bestselling author Kevin J. Anderson.

Allyson is the publisher and CEO of WMG Publishing, Inc., headquartered in Lincoln City, Oregon.