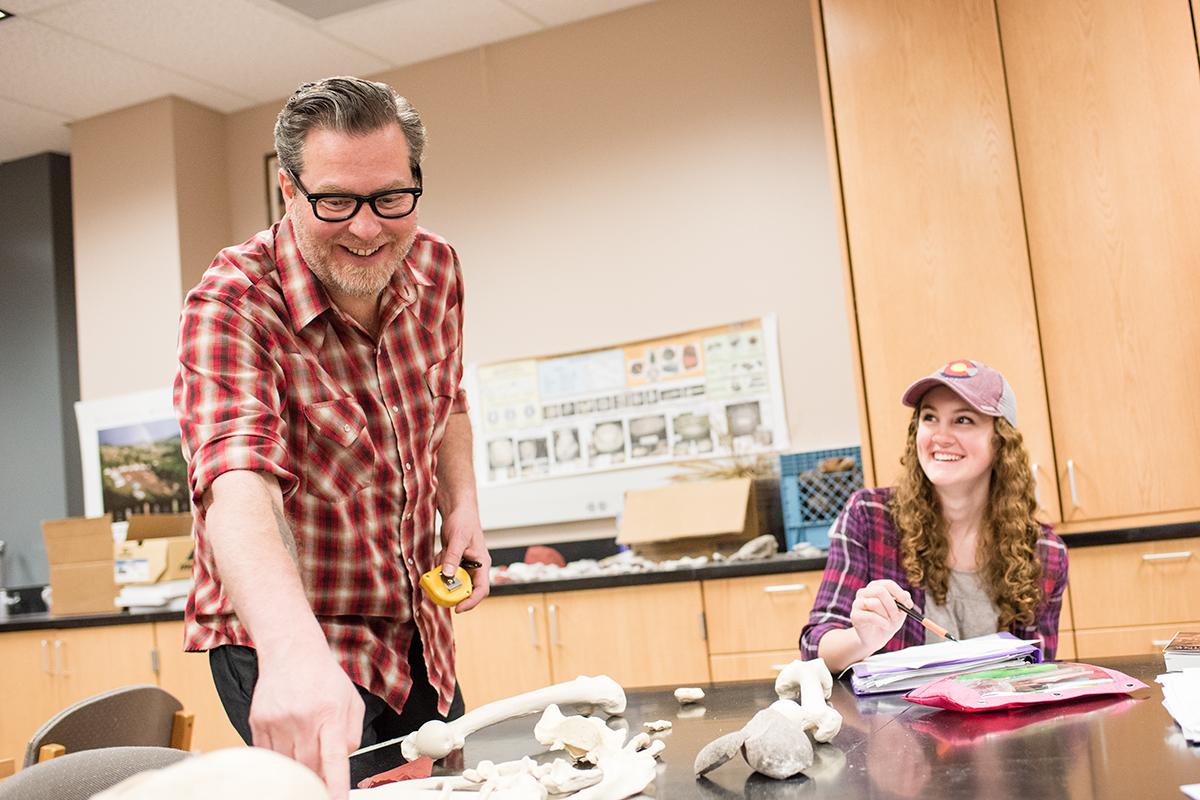 On one of his program trips to Belize, anthropology professor David Hyde, Ph.D., spent a majority of his time studying stone tools. One of his colleagues would often tease him about how boring it is to study rocks. After defending himself in one interaction, his colleague responded, “Alright, whatever, Rock Boy.” Thus, the DJ behind Radio Shipwrecked was born.

Radio Shipwrecked is a two-hour long show Hyde—Rock Boy—puts on every Thursday at Western Colorado University’s student-run radio station, KWSB. Thursday, March 24, 2022, was the 300th airing of the show. To celebrate, the station opened its doors to the public during the show from 4 to 6 p.m. for a listening session with drinks and snacks.

When Hyde was hired at Western in 2011, he had no intention of becoming a radio star. At his job training, he became friends with the faculty member who was hired to run KWSB at the time. Hyde said he had mentioned always wanting to do a radio show but didn’t think much of it.

“Not long after job training, I got message from him asking if I still wanted to do the show and started training for it,” said Hyde. “A month later, I was on air. It was awesome.”

Hyde wanted to start a radio show to share his favorite music with people who have never heard it before.

“What I try to do with Radio Shipwreck is focus on what I call the deep-cuts,” said Hyde. “If there’s a band that everyone knows, I’ll play songs off their album, but I’ll play the third song on side two that never gets on the radio because I think it’s the superior song.”

Hyde said his infatuation with “underground” music is largely attributed to college radio. One song—College Radio—he said makes fun of the fact that weird, new, non-mainstream music can be found there.

The Value of College Radio

Dr. Terry Schliesman, communication arts professor at Western and faculty advisor of KWSB, said this is the reason college radio is important historically.

“From a music standpoint, the eclectic nature of these stations is a way to spread the message that there’s more than the top 40 out there,” said Schliesman.

In preparation for his show, Hyde will listen to and collect songs in a playlist throughout the week. On show day, he sorts through the playlist and selects about three hours’ worth of music for the two-hour show. Hyde says he thinks of his show in timed increments.

“Each 15-minute set has a theme to it or an impression that you get from the songs,” said Hyde.

Although anyone can go through the training to be a DJ at KWSB, most radio DJs have a theme or some kind of continuity to their show. Schliesman offered that there is an “IQ that comes with this type of work” and the audience recognizes that.

While KWSB gives students and faculty alike the opportunity to get real life radio training and experience, it’s also a creative outlet for those involved.

“KWSB and Radio Shipwrecked allow my love of music to be shared with people,” said Hyde.

The 300th stream of Radio Shipwrecked is not only a testament to Hyde’s love of music, but it also exemplifies the culture and community behind college radio at Western. 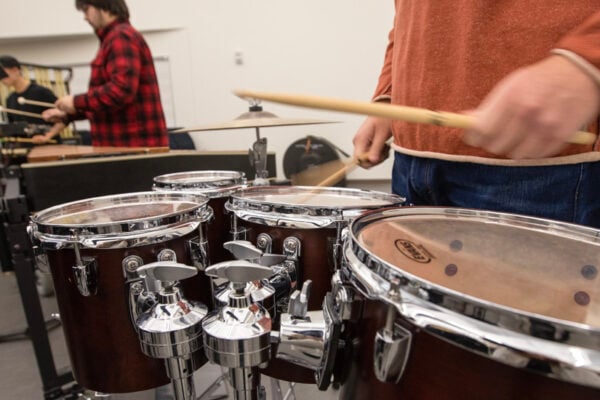 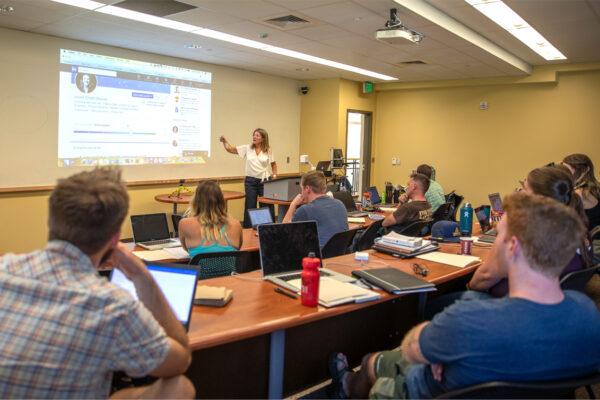 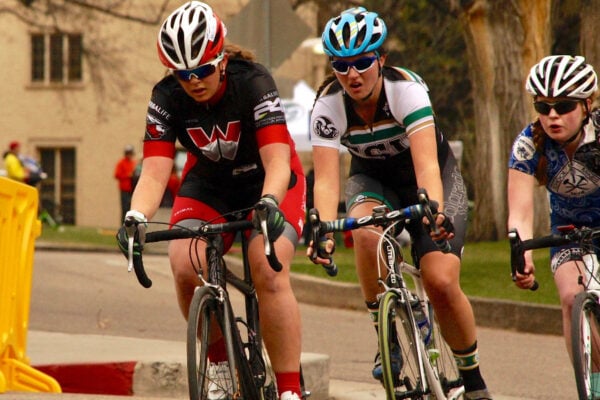