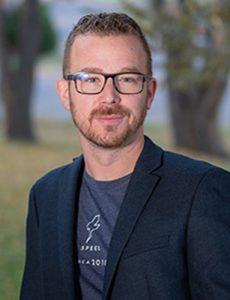 “Western did a fantastic job of preparing me for my career."

Ryan Ivis knew he wanted to attend college in the mountains, but arrived at Western unsure of what he wanted to study. Soon, he found Computer Science and Business Administration—and has spent the last 11 years focused on Information Technology.

“The biggest influence [in choosing Western] was the location, followed closely by the community and welcoming events that [Western] put on at the time to get me there,” Ivis said.

He particularly noted the friendliness of Western’s resident assistants during his visit prior to enrolling at the college. So much so, that he became one himself, in addition to working with Western’s own Information Technology department as a student.

“[Western] enabled me to grow as an individual in ways high school didn’t,” Ivis said. I personally had a ton of really great times with friends, as well as learning to balance school work with the rest of life. My time spent at Western went way too quickly.”

Since graduation, he has held roles as a Microsoft consultant, systems engineer, systems administrator and security engineer. Currently, he is the manager of Infrastructure Security at Ping Identity Corporation.

“[Western] did a fantastic job of preparing me for my career. The class that really helped me streamline my thought process was Introductions to C++ Programming. While the language is not something I use, all of the concepts taught relate to my daily work. I am not a developer by role, but nearly every facet of upper-level engineering requires a ton of coding, scripting,” Ivis said.

“Working in Information Technology while at [Western] taught me the basics, and with some creativity, hard work and dedication, I have managed to stay relevant in the ever more competitive workplace,” Ivis said.