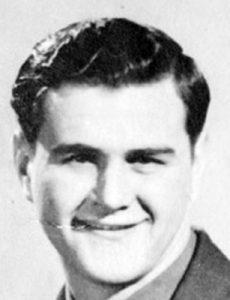 "Shetley is a decorated World War II veteran, a teacher and a community volunteer who got his start working in the Western dining hall."

In 1942, Norman Shetley arrived on the campus of then Western State College from Olathe after receiving a $100 scholarship.

Shetley spent his freshman year working in the dining kitchen, climbing W Mountain with his wife Roberta Jean Carkuff, and pledging Theta Tau Omega fraternity. He also passed time ice skating and learning how to use the 9-foot skis he acquired from the 10th Mountain Division. However, in 1943, Shetley was called to war.

He left for Marseille, France, in October 1943 with the Army’s 449th Armored Field Artillery of the 14th Armored Division. In France, he fought on the front lines for seven months—including in the Rhine River Valley combat and the Battle of the Bulge. Service took him to the liberation of the Dachau concentration camp and the Berghof, one of Hitler’s homes and headquarters in the Bavarian Alps.

Shetley served as a “wireman,” laying telephone wire from camp to the Forward Observer. These duties took him inside the Siegfried Line and got him caught in artillery fire—earning him the Bronze Star Medal.

In 1946, Shetley was honorably discharged as sergeant. He returned to Roberta in Olathe, where he taught. Eventually, he went back to Western, completing his Education degree in 1951.

His later years at Western were a bit different from the antics of 1942 though.

“I was more mature; I had seen a war,” Shetley said.

Now, Shetley lives in Delta and volunteers with various organizations, sharing his World War II stories. His two sons, Mark and Bruce, both graduated from Western, as did his niece Joyce Anderson.