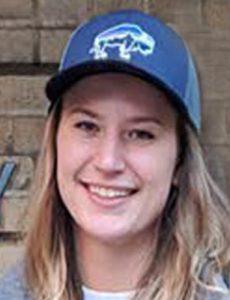 “My professors were really invested. The best part about Western was the fact that I had people who went above and beyond for me.”

Kaitlyn McKnight describes herself arriving at Western as a freshman in 2012 as “guns blazing and ready to go.” She had interests in anthropology, psychology, theater and more. She says Western helped her “hone that in and make it something productive.”

She ultimately double majored in Psychology and Communication Arts with minors in Theater and Biology. Despite her busy schedule, she knew she could count on supportive help from professors.

“They were always willing to help reschedule a test or paper deadline,” she said. “My professors were never part of the daily stress. I only could do all of this at Western.”

Along the way she pointed herself toward a career in Occupational Therapy. Her first Biology professor, Robin Bingham, Ph.D., encouraged her. And later, Professor Cassandra Osborne, Ph.D., brought her on as a teaching assistant and helped with her preparation to apply to Columbia University’s Vagelos College of Physicians and Surgeons.

“She helped me realize Columbia wasn’t out of my league,” says McKnight, who will graduate from Columbia with a Master of Science in Occupational Therapy in May 2020.

McKnight credits Western for the confidence she developed through these strong connections with professors and her peers. In graduate school McKnight feels prepared and able to hold her own.

“My professors were really invested,” McKnight said. “The best part about Western was the fact that I had people who went above and beyond for me.”