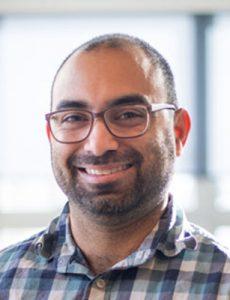 "Making friends in class and in clubs has definitely helped me with my class work and being in class in general.”

Many college students think the school they start at will be the one they graduate from. While that is the case for a large percentage of students, some, like Josh Lambert, find that their first school choice is not the right fit.

Originally from Baton Rouge, Louisiana, Lambert discovered Western Colorado University when he moved from Denver to Gunnison for the lifestyle. He then decided he wanted to finish up his degree. Being that there was a college close to where he planted roots, it was an easy decision to enroll at Western.

“I picked Western mainly because it is less than a mile from my house, and it is actually one of the more affordable colleges in Colorado,” Lambert said. “I also want to be employed by Western one day, which requires a degree to get through the doors.”

Lambert, who is majoring in Communication Arts with an emphasis in Film Studies, expects to graduate later this year.

When he is not in the classroom, Lambert is involved both on campus and in the community. He works closely with Western’s Mountaineer Media Film Club as the Technical Director. He also works at the IT help desk and takes photos for the Marketing Communications department. In his free time, he works as a technician for local business G.L. Computer Service. Being this busy, Lambert has advice for students who want to be successful during their time here.

“Definitely try to talk to as many people in your classes as possible. Making friends in class and in clubs has definitely helped me with my class work and being in class in general.”