Administration has announced that spring classes will begin in a remote setting until Jan. 24, 2022. Learn More.
Home / Profiles / Eric Loewen 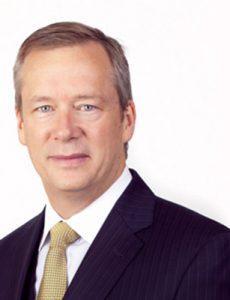 “It’s a wonderful thing about Western,” Eric Loewen says, “you learn early on that relationships make the difference.”

In 2009, Esquire magazine hailed Eric Loewen (‘83) as the man who could end global warming. As Chief Consulting Engineer at GE Hitachi Nuclear Energy, Loewen has been steering the PRISM project since 2006. PRISM is a technology that can recycle nuclear waste, emits no CO2, and has the potential to free the U.S. from fossil fuel dependency. In February 2019, the Department of Energy launched one of the foundational projects specified in the Nuclear Energy Innovation Capabilities Act of 2017 which utilizes PRISM technology. The hope is to become one step closer to solving the climate crisis by modernizing the United States’ nuclear research and development infrastructure.

Eric Loewen, a Western chemistry and math major, developed an interest in energy at a young age. “My mother froze us as young children,” he jokes. In the 1970’s during the height of the energy crisis, President Jimmy Carter urged Americans to turn their thermostats down to 62 degrees. Loewen’s mother zealously followed the president’s request and turned the thermostat down to 58 degrees. Because of the country’s energy shortage, Loewen remembers growing up cold during the winters and being yelled at for not turning off lights. “Energy was front and center and that’s how it got started for me,” he says.

Loewen grew up in Leadville, Colorado. He was an avid skier and secured a ski scholarship to Western. Loewen was certain he wanted to get into energy as a career in some form. He declared a physics major but ultimately graduated with a double major in chemistry and mathematics and a minor in physics. He was assigned Professor Ted Violet as an advisor. “For an 18-year-old he was the scariest man I’d ever seen,” says Loewen. “But he was a great mentor.” Both Loewen and Professor Violet were avid runners. Loewen recalls seeing Violet at races and they ultimately developed a friendship that lasted long past his time at Western.

“Western was small enough to where everything became personal,” Loewen says. He has memories of attending Easter dinner at his math professor’s house because he had nowhere to go one year. “It showed me that you need to have those personal relationships wherever you are in life,” he says, “that’s what Western gave me.”

His junior year, Loewen was recruited into the Navy’s Nuclear Propulsion Officer Candidate program and upon graduation went into Officer Candidate School. During his time in the Navy Loewen served aboard the U.S.S. Long Beach, the world’s first nuclear-powered surface warship. In 1986, while in the Persian Gulf, Iranian fighter jets zoomed toward the Long Beach as Loewen stood on deck. The ship readied its missiles and Loewen prepared for the worst. Fortunately the Iranian jets retreated. But the incident prompted a realization for Loewen — what he really wanted to do was build nuclear power plants.

Loewen served on active duty until 1987 then joined the Navy Reserve. He went on to earn his Ph.D. in engineering physics from the University of Wisconsin which led him to a research position at the Idaho National Laboratory.

In 2005, Loewen spent a year working in the office of Senator Chuck Hagel (R., Neb.) where his prior energy activism and awareness made him a valuable asset. A congressional fellowship process entailed a series of interviews which led to offers from various senators. When Loewen settled on Hagel’s office, Hagel’s chief of staff said they wanted Loewen to take over the Senator’s climate legislation and get it passed. “And so being some kind of naive engineer I said, ‘Sure, I’ll get it passed,’” jokes Loewen. “Like Mr. Smith going to DC.”

The congressional fellowship experience tapped into three skills Loewen credits Western with honing in him. As a student with an athletic scholarship he developed a respect for and ability to maintain a healthy work-life balance. As a student government participant he was introduced to leadership and politics “and how you get ideas and also get a group to agree to an idea,” he says. Finally, his time at Western helped develop his scientific mind in a more disciplined way.

Loewen and his wife, Jennifer, knew Washington, D.C. was not a permanent landing spot for them and their young family, but they used the time well. “It was a magical year,” says Loewen. In 2006, General Electric brought Loewen on to provide technical leadership on the PRISM project.

The PRISM is a fast reactor which uses technology to dispose of used nuclear fuel and surplus plutonium. The reactor technology builds on 60-year old knowledge that turns atomic energy into electrical energy. With a team comprised of companies like Westinghouse and Bechtel, GE simplified the design and made it safer.

Loewen says what he learned at Western — chemistry — has gotten humans to this point in time. “We’ve learned how to oxidize, to have fires. We’ve learned how to do photosynthesis, to grow plants,” he explains. “We’re very good at being chemists.” However, he believes physics is the science of the future. “As a society we need to move toward physics as our energy source rather than relying just on chemistry,” says Loewen.

Eric believes his work holds the potential of being a scalable technical solution to provide a zero-emissions energy source and combat climate change. His technical vision combined with his optimism about people’s potential to solve problems explains his own success. “It’s a wonderful thing about Western,“ he says, “you learn early on that relationships make the difference. Taking care of humans, being nice to people … if you do those things you can have success and help others have success also.”