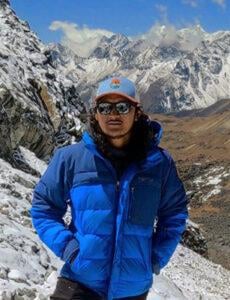 “I wanted to experience the opposite of warm and tropical. I had never seen snow in my entire life, and I wanted to live in a mountain town.”

Dillon Quitugua took a major leap in 2014 by flying over 3,200 miles from his hometown in Oahu, Hawaii to embark on a four-year adventure at Western Colorado University. Although very far away with a completely different climate, the small mountain college initially came to Dillon’s attention when his brother sent him an application. Dillon’s brother discovered Western as a school in the Western Undergraduate Exchange (WUE) program, making the university an affordable out-of-state option.

“I wanted to experience the opposite of warm and tropical. I had never seen snow in my entire life, and I wanted to live in a mountain town,” the ’18 alumnus reflected.

At 7,700 feet above sea level, Western’s high elevation also held great appeal for the continuation of Dillon’s athletic career as a wrestler. He knew that the high-altitude training would make him stronger and enhance his athletic performance, but he did not know that Western would inspire him to replace his wrestling singlet with a pair of running shoes.

Over the course of the next four years, Dillon would become heavily involved with multiple on-campus organizations including the Asian Pacific Islander Club (APIC), the Leadership Engagement and Development (LEAD) Office and Western’s Peace Corps Prep program, all while pursuing degrees in Anthropology and Psychology. As a CHamorro, Western’s Anthropology program helped Dillon create a deeper understanding of his indigenous heritage while Western’s Psychology program equipped him with a strong mindset and the tools needed to make the most out of any situation. With the transition from Hawaii to Colorado being so drastic, creating a community through campus involvement and seizing the Gunnison Valley’s outdoor opportunities became great methods of easing his feelings of homesickness.

Dillon also found great empowerment through running and began forming friendships with those who participated on the Mountain Sports Trail Running team, introducing him to Gunnison’s strong ultramarathon running community. With a newfound passion for trail running, Dillon started to realize he was entering spaces atypical for his culture and ethnicity and that he could make an impact by doing the things he loves.

Prior to graduation, the farthest Dillon had run was 21 miles. However, with his newly acquired psychology of pushing limits and his strong motivation to represent his culture, 21 miles soon became 30; 30 miles became 50; 50 miles became 100; and most recently, 100 miles became 240 after he completed the Moab 240 Endurance Run in Utah. Along with logging immense mileage after graduation, Dillon also lived in rural Nepal as part of the Peace Corps. It was here where Dillon ran his first ultramarathon, summited his first 15,000-foot peak and Mount Everest came to his sights. By 2025, Dillon hopes to be the first CHamorro to summit Mount Everest to prove, especially to Asian Pacific Islanders, that anything you set your mind to is possible. “No one from my own culture has climbed Mount Everest. If anyone from my culture could do it, it would be me. I feel a personal mission and responsibility to do this,” he affirms.

For those seeking challenges like ultrarunning or tackling Mount Everest, Dillon advises, “Whatever it is that you are doing or what it is that you love, your responsibility to yourself is to do it to your best ability. Your best ability does not mean to be the gold medal Olympian. If you want to be a teacher, or a writer or play pool at the University Center, you owe it to yourself to be the best you can. Doors open for you, and you can be the happiest for yourself. You want to be satisfied with yourself. Love yourself by being the best version of yourself.”