Administration has announced that spring classes will begin in a remote setting until Jan. 24, 2022. Learn More.
Home / Profiles / Alexia Abric 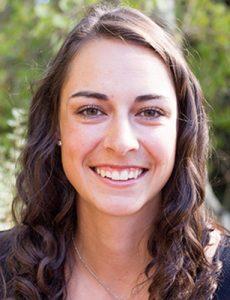 "As an Honors Program student, Mountain Sports athlete and an active member of the Academic Leadership Program, Alexia is versatile in terms of academics as well as athletics."

This, combined with her previous experience working in the medical field, led Alexia to Western’s Biology program.

“I was looking for a program that had a pre-med [focus], strong acceptance rates for medical school and high Medical College Admission Test (MCAT) scores. Western’s Biology program was great for that,” Alexia said. “I’ve always wanted to go into the health field because I love interacting with people.”

Her interest in medicine would soon bring Alexia to declare a second major in Exercise & Sport Science (ESS) during her second semester at Western. With the potential to enter into sports medicine or physical rehab, Alexia says that her interest in medical school and ESS “overlap really well.”

“We clicked the first day of class,” Alexia said. “She was asking where [everyone] was from, and she got the brightest look when I said I was from Wisconsin, and it grew from there. I go see her for help in other classes, and to hang out … and she goes to ski races.”

As an Honors Program student and an active member of the Academic Leadership Program (ALPS), Alexia is versatile in terms of academics as well as athletics. She’s active on two of Western’s Mountain Sports teams: mountain biking and Nordic skiing.

“I’ve been skiing since seventh grade, and I started biking as a junior in high school—so when I found out I could do both at Western, it was a big selling point,” Alexia said.

Initially, she only planned on pursuing Nordic skiing in college, but that changed when she met endurance coach Ellie Atkins, who convinced Alexia to compete in mountain biking, as well.

“I started practicing with the team and … pushing myself to new limits,” Alexia recalled. “Getting to know myself through biking has helped me discover more things that I’m capable of.”

“It is really cool to be around people who are driven and excited about what they’re doing,” Alexia said. “People are doing the things they want to do out here because they love them—which is so unique!”