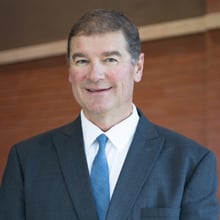 William L. Niemi’s scholarship is primarily in the area of political theory and is focused on questions about democratic theory and democracy’s historical development. Where does democracy come from and why did it come about? How is it justified? What are the most important citizen and institutional practices for a successful democracy and why? What are the main arguments of the critics of democracy and how tenable are such criticisms?

Niemi’s teaching interests are in the areas of history of political thought and constitutional law. Niemi is also the pre-law advisor at Western.