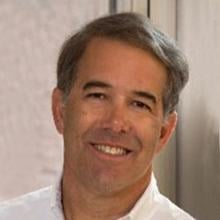 Scott Grew up in Boulder, Colorado where he graduated from Boulder High School in 1982. He attended the Colorado College on a Boettcher Scholarship from 1982-1986 and, after graduating, became Peace Corps Volunteer where he taught Junior Secondary Mathematics from 1986-1987. He worked as a Financial Analyst at the United Bank of Denver and Wells Fargo in Denver 1988, and then moved on to become a Financial Manager at the US State Department/USAID in Kinshasa, Democratic Republic of the Congo from 1988-1991. Following this position, he returned to school to earn an MBA in International Finance at The University of Pennsylvania’s Wharton Graduate School of Finance from 1991-1993. After obtaining this degree, he became a Lauder Institute Fellow and earned his M.A. in International Relations from the University of Pennsylvania in 1993. He went on to become a consultant, then was selected as VP and Partner at The Boston Consulting Group where he worked in Boston, Paris/France, Jakarta/Indonesia, Singapore, Buenos Aires/Argentina and Santiago/Chile from 1993-2002. Scott then became a Managing Director at The Desmarais Group, where he worked in Washington DC, Crested Butte and Dubai from 2004-2009. During this time, he was based primarily in Dubai where he worked with Sheik Mohammed Bin Rashid to create and manage the Dubai Culture & Arts Authority. Following this position, Scott became a Partner at McKinsey & Company where he worked in South Africa, Nigeria and Denver from 2010-2018. He then became the Executive Director of Volunteer Service Overseas (VSO), where he worked primarily in London with offices and programs in over 25 countries across Asia and Africa from 2019-2020. Today, he is a Professor/Lecturer in Finance and Business Analytics at Western Colorado University where he works to help the next generation of business analysts learn and develop their skillsets.

Having been a resident in the Gunnison Valley for over 25 years, Western has long been an important part of my family’s and my life. Crested Butte has been our permanent home even while we have lived and worked around the world for the last three decades. Over the last five years, I have become increasingly committed to Western, helping to create and build our Outdoor Industry MBA program and then joining the School of Business faculty full-time last semester. Western is an outstanding university; our professors and students rank among the most impressive people I have ever been privileged to work with.

I have been fortunate to have lived and worked all over the world – from my wife’s and my first adventure as Peace Corps volunteer teachers in Botswana, becoming a partner with both the Boston Consulting Group and McKinsey & Company in several countries including Indonesia, France, Singapore, Argentina, South Africa and Nigeria, to helping lead a major international non-government organization across 25 countries based in London. I also started my own consulting firm which supported clients in Africa, the Middle East and South America. Throughout these adventures, I enjoyed working with leading CEOs from global corporations, presidents and government leaders of multiple countries and some of the world’s most significant philanthropists to create robust programs that have delivered significant private and public sector impact.

While Finance has been essential to understanding the viability and impact of any business or public sector venture for several decade, business analytics and data science have become critical to the success of future business opportunities and business administration leaders. Just as it became essential for all business executives (in private, public and social sector organizations) to understand and demonstrate expertise in Finance, the future will require CEOs, COOs, heads of HR and Marketing to master and leverage business analytics to successfully problem solve and conquer tomorrows organizational challenges and opportunities.

The incredible opportunities we have to enjoy the amazing mountains, forests, streams and activities we have just outside our back doors. How many other places allow you to hike up and ski down a mountain in the morning, ride your bike along mountain trails or over Cottonwood Pass and paddleboard down the Gunnison River through the Black Canyon in the same day? That would be an epic day, but you get my point. The people who choose to live here share this sense of excitement and commitment protecting the Gunnison Valley.