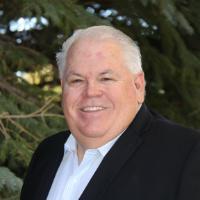 Ron Leach is a 1981 graduate of Western where he majored in Business Administration. He later earned a graduate degree in Banking from the University of Colorado-Boulder and is a graduate of the East West Center for Executive Management in Honolulu, Hawaii. Ron currently serves as Chairman of the Board of Directors for San Juan Construction, Inc. and has been with the company since April 2007. Prior to joining the company, Mr. Leach was an Executive Vice President of the Bank of Hawaii and held various management positions in lending, credit approval and general administration during his 25 years in banking. Previously, Mr. Leach served as the Chairman of the Board of Regents for the University of Guam Board, a Western Association of Schools and Colleges accredited a four-year land-grant institution located in the territory of Guam in the Western Pacific Ocean. He resides in Grand Junction, Colo., and joined the Western Foundation Board in 2018.