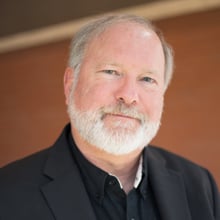 Publishing Concentration Director Professor Kevin J. Anderson is the author of 140 novels, 56 of which have appeared on national or international bestseller lists; he has over 23 million books in print in thirty languages. Anderson has coauthored fourteen books in the “Dune” saga with Brian Herbert and over 50 books for Lucasfilm in the Star Wars universe. He has written for the X-Files, Star Trek, Batman and Superman, and many other popular franchises. For his solo work, he’s written the epic “SF” series, “The Saga of Seven Suns”, and a sweeping nautical fantasy trilogy, “Terra Incognita”, accompanied by two progressive rock CDs (which he wrote and produced). He has written two steampunk novels, “Clockwork Angels” and “Clockwork Lives”, with legendary drummer and lyricist Neil Peart from the band Rush. He also created the popular humorous horror series featuring Dan Shamble, Zombie P.I., and has written eight high-tech thrillers with Colonel Doug Beason.

Anderson holds a physics/astronomy degree and spent 14 years working as a technical writer for the Lawrence Livermore National Laboratory. He is now the publisher of Colorado-based WordFire Press, a new-model publisher using innovative techniques and technologies to release books worldwide in print and eBooks. They have released over 300 titles. Anderson is also one of the founders of the Superstars Writing Seminar, which has been one of the premiere professional and career development seminars for writers. He is also an accomplished public speaker on a wide range of topics. He and his wife, bestselling author Rebecca Moesta, have lived in Colorado for 20 years; Anderson has climbed all of the mountains over 14,000 ft in the state, and he has also hiked the 500-mile Colorado Trail.