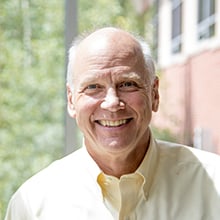 As a Naval Aircrewman I spent 6 years as an antisubmarine warfare operator flying in Southeast Asia. While In the Navy I completed my B.A in history going to school at nights. I then got a M.S. in computer science from U. of Illinois focusing computer architecture. I was the lead designer for two generations of Motorola microprocessors that were used in 90% of all computers and was granted 24 patents. Following this, I was the first American to get an engineering PhD from a major Japanese university. While in Japan I founded a company to build compatible workstations and servers. We developed the first symmetric multiprocessing UNIX server and designed the first million transistor microprocessor.

After this, I was primarily a business manager rather than a developer. I joined Dell Computer Corporation where I was the general manager for the worldwide desktop business, I ran procurement and was the general manager for the worldwide notebook business. After Dell I joined the Harvard Business School as a research fellow focusing on organizational behavior. I have been a venture and angle investor before coming to Gunnison. Keenly interested in cybersecurity I completed a second MS in cybersecurity from Johns Hopkins University. I joined Western in 2015 where I initially taught in the business school before moving to the Math/CS department where I helped build the Information Security emphasis