Administration has announced that spring classes will begin in a remote setting until Jan. 24, 2022. Learn More.
Home / Cecil Gutierrez 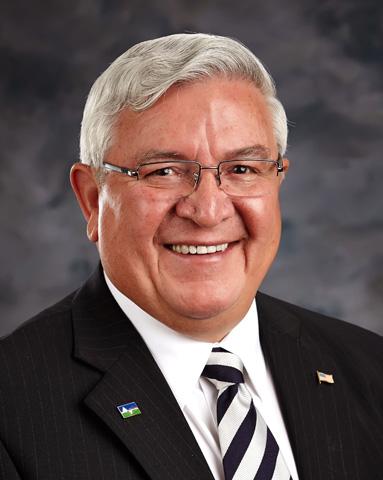 A former educator, Gutierrez was the director of music in four public school systems, Venango, Neb., Fleming, Haxtun, and Loveland, Colo. He also served as the assistant principal of Walk Clark Junior High School in Loveland.  He was inducted into the Colorado Bandmasters Hall of Fame in 1999.

Gutierrez has a history of service and is active on numerous boards and commissions. He currently serves as chair of the Citizens Bond Oversight Committee in the Thompson School District, and is a member of both the Community Foundation of Northern Colorado and the North Regional Council of El Pomar Foundation. In addition, Gutierrez was a founding member of the Loveland Fire Rescue Authority Board in 2009.  The Colorado Martin Luther King Committee recognized his service with the 2019 Humanitarian Award.

He is an alumnus of Western Colorado University, receiving his bachelor’s degree in 1969 in Music Education. He also holds a master’s degree from Colorado State University in Music.