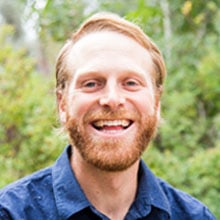 Working at Western is a dream come true and I am thrilled to call this beautiful area home! You’ll often find me exploring the Gunnison Country’s vast public lands on foot, bike or skis–frequently with my dogs running along.

I am also a devoted short-season vegetable gardener and passionate about cooking with locally-sourced ingredients. One of my great joys in life is spending hours in the kitchen, turning home-grown food into a rich–and, inevitably, really spicy–home-cooked meal.