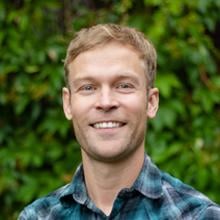 I grew up on a dairy farm in Minnesota, but by the time I was in high school, I was much more interested in modifying code for computer games and repairing my neighbors’ computers. My interest in computers brought me to St. Cloud State University in Minnesota where I received a degree in Computer Engineering, and later a Master’s and Ph.D. at the University of Wisconsin-Madison. I’ve run a software/hardware startup since 2013. By joining the WCU faculty, I hope to utilize my previous work experience and education to guide the next generation of computer scientists and engineers.

Funnily enough, I first learned of Western Colorado University via billboard during my first trip to Gunnison Valley in 2017. I investigated the school and noted it had a growing Computer Science department. After several years of visiting the Valley with my family, I was excited to see an open faculty position in the Computer Science department for the Fall of 2022. I’m happy to now call Gunnison my home.

During my undergraduate and graduate studies, I worked with large scale hardware design and verification teams at both IBM and Qualcomm. These internship and co-op experiences gave me a great understanding of the opportunities in large companies.

My graduate school research focused on computer architecture, machine learning, and brain-inspired computing. A major highlight of my graduate studies was working as a university collaborator on the DARPA/IBM SyNAPSE project, which sought to model both the structure and functionality of the brain in computing hardware and software. I enjoyed the opportunity to present my research both in the United States and internationally.

In 2013, I and two others launched Thalchemy, a startup company dedicated to bringing machine learning to embedded devices like smart watches, fitness trackers, and remote/environmental sensors for a broad variety of applications. The highlight of my startup has been the opportunity to work with a variety of bright computer scientists and engineers.

I enjoy solving problems big and small. What excites me the most about Computer Science and Engineering is the ability to gather information about a problem, design a plan, prototype a solution, and evaluate its effectiveness. I understand the value of core research in the field of Computer Science and Engineering, but the application of that research is how I most like to spend my time.

Like nearly everyone else in the valley, I love the world-class biking, hiking, and skiing opportunities in the Gunnison Valley. But a few of my other favorites of the valley are the 266 days of sunshine we get each year, the aspen colors in autumn, and the proximity to wilderness and national forests.