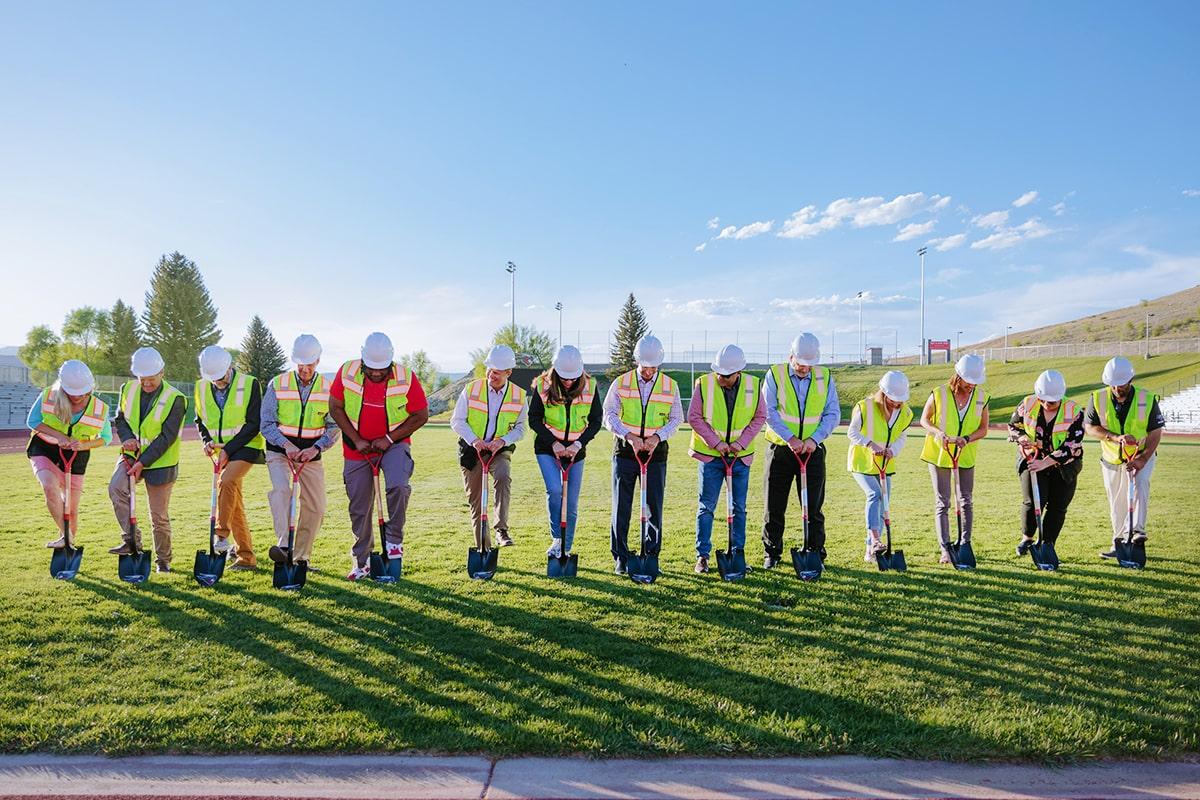 Western Colorado University leaders and supporters have broken ground on what will likely be a $15 million project—renovating the nation’s highest football stadium. The renovation is being made possible through a generous lead commitment by alumnus Paul M. Rady (class of 1978) and his wife, Katy. The gift comes on the heels of another transformative gift which established the Rady School of Computer Science & Engineering in partnership with the University of Colorado, Boulder.

A Gateway for the Community

“We are thrilled. The Mountaineer Bowl is a highly visible pillar of our campus and is a gateway for the community.  In its current condition, it does not represent the level of excellence we aim to achieve,” said Interim President Nancy Chisholm. “We hope to inspire our alumni, community, students, and their families when they attend events at the complex.  Now, with Paul and Katy’s generosity, we will have a facility that matches our one-of-a-kind, majestic views from Mountaineer Bowl.” 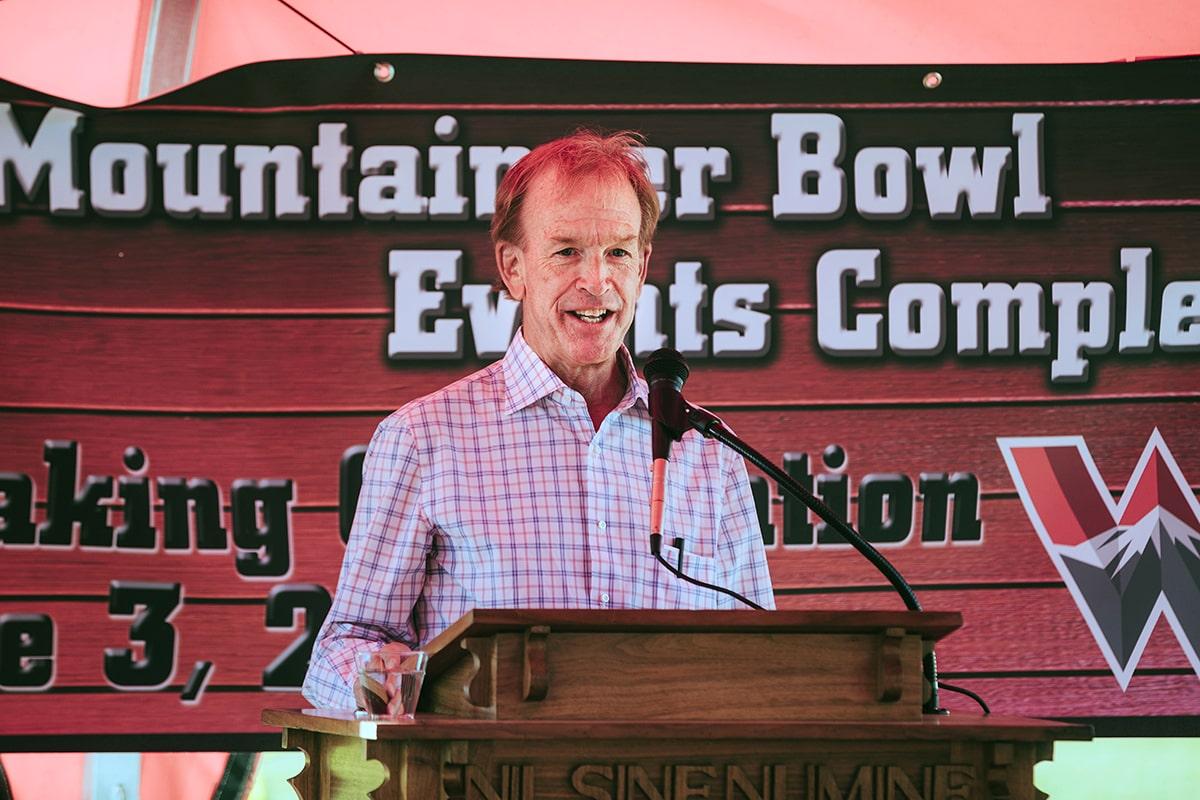 The renovation of the Mountaineer Bowl Events Complex will include: 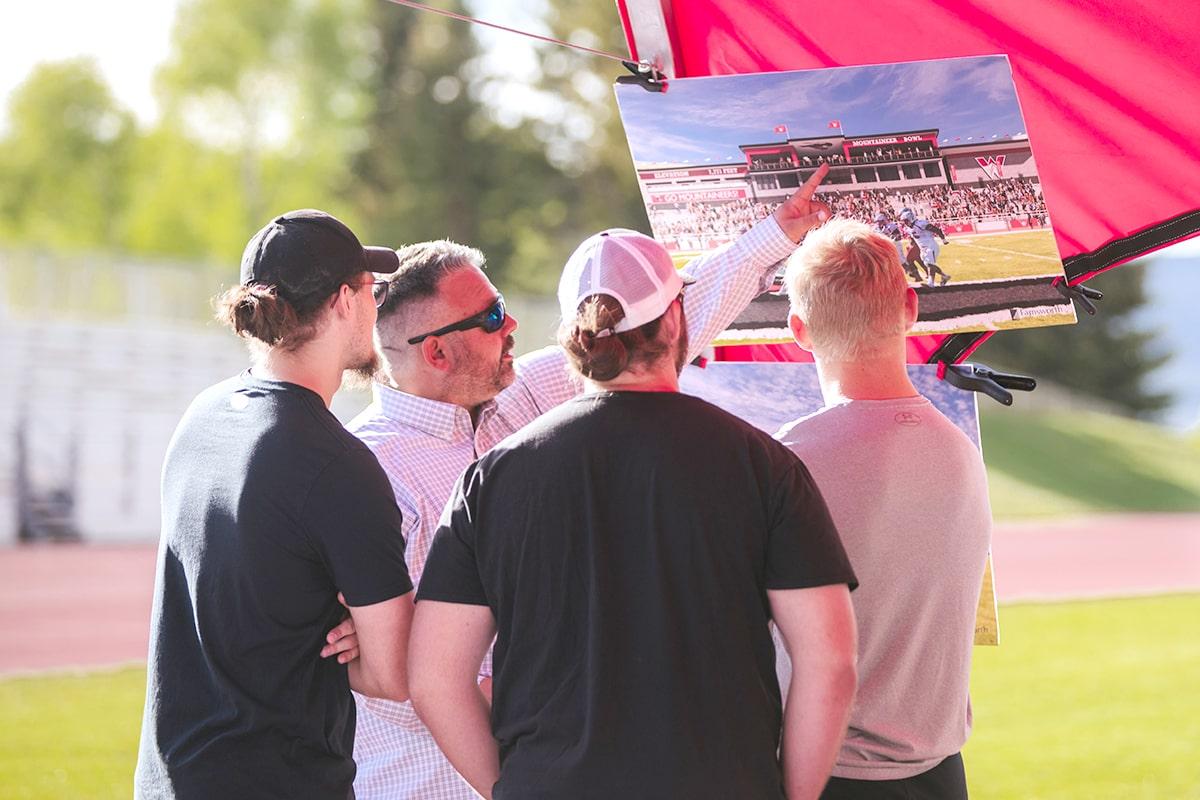 “Understanding the important role that athletics plays on campus, Katy and I want to complement Western’s expanded academic programming with a well-deserved enhancement of the athletic core,” said Paul Rady.

Fundraising for the new complex began last fall, with $1 million raised prior to Paul and Katy’s commitment. Donations, including the $1 million previously raised and a collective goal of $2-3 million dollars, will be sought. Naming opportunities within the Western facility will recognize those who donated to the Mountaineer Bowl Events Complex.

Demonstrating a Vision for Excellence

“This has been a priority project for the university and athletic department for several years,” shared Athletic Director Miles Van Hee. “Having Paul and Katy’s commitment, along with the support of other generous Mountaineers, will allow us to fulfill this long-awaited dream, get a shovel in the ground right away and create a Mountaineer Bowl Events Complex that demonstrates our vision for championship-caliber excellence.” 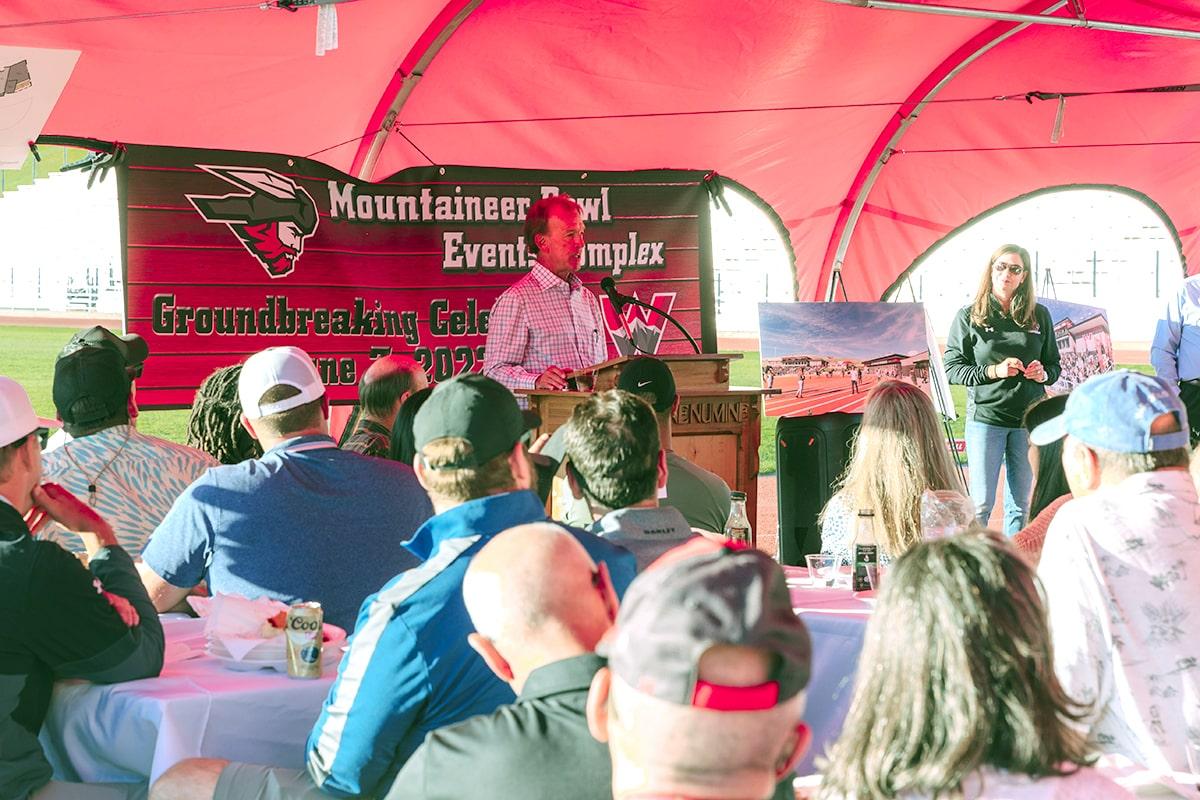 Construction begins in Summer 2022. Mesa Properties, builder of the recently completed 75,000 square foot Gold LEED-certified Paul M. Rady School of Computer Science & Engineering Building will complete the project, with a goal of opening the new complex in Fall 2023. Farnsworth Group, the architect for the Rady Building, is also the architect for the Mountaineer Bowl Events Complex renovation project.

“Our student-athletes excel academically, retain and graduate at very high levels, and are leaders on campus,” Chisholm concluded. “A renovated complex helps us recognize the critical role they play at our institution.” 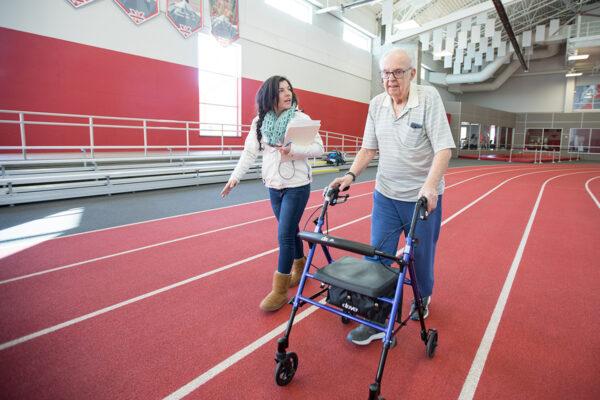 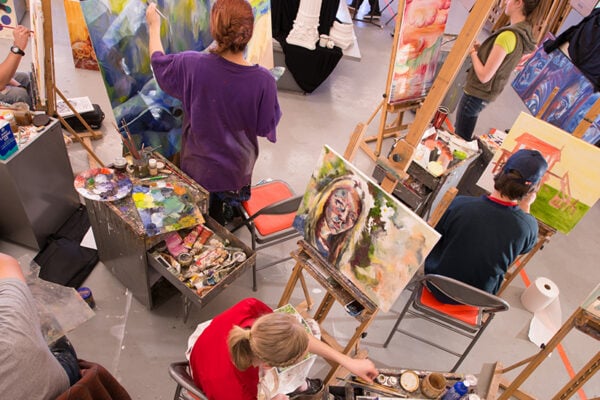 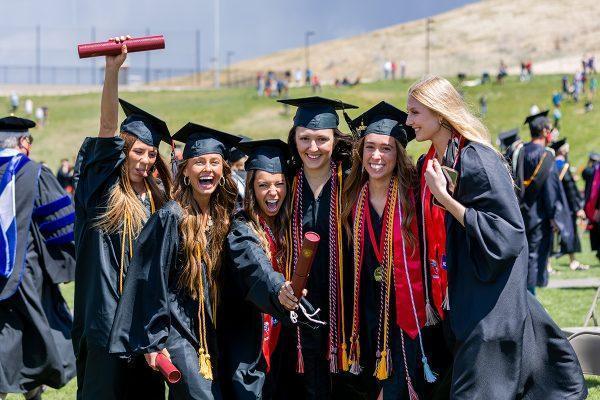