Administration has announced that spring classes will begin in a remote setting until Jan. 24, 2022. Learn More.
Home / Trai Cartwright 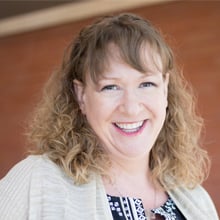 TRAI CARTWRIGHT, MFA, brings a vast and unique array of filmmaking experience to Western’s Screenplay Track. She is a 30-year entertainment industry veteran who spent 15 years in Los Angeles as a story consultant, development executive, content producer, business development project manager, and of course as a screenwriter and independent film producer. She worked for HBO, Paramount Pictures, Universal Studios, New Lines Cinema, and 20th Century Fox, as well as a host of smaller production companies. Having moved into online entertainment at the onset, she was the Assistant Director of Leonardo DiCaprio’s online film festival, the Hollywood liaison for a massively multiplayer online role playing game company, and the manager of Fox Mobile Studios. She has been commissioned to write screenplays by Oscar and Golden Globe winning producers and, now back in her home state of Colorado, by local independent producers. She has passed on her extensive high-level expertise by running a range of writing and film education and support organizations, including co-founding Women in Film and Media Colorado, including two years as President. While home, she also produced a docu-series pilot, two short films, plus another independent film, bringing her tally to four. A passionate educator, Trai is dedicated to delving deep into the intricacies of both Hollywood and the indie realm from the storytelling, production, and business perspectives.

As a creative writing teacher who travels the state, my first connection to Western was the Writing the Rockies conference. I taught in 2010, and met JS Mayank, the head of the MFA Screenwriting department. We remained friends, and when the need for a new professor arose, I was lucky enough to get the call.

So much to explore! I’ll be taking full advantage at this summer residency.