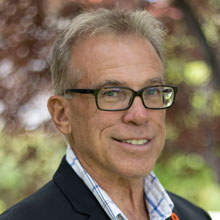 Tim L. Brower is currently the Director of the University of Colorado Boulder in Partnership with Western Colorado University and Colorado Mesa University. Before becoming the director of the partnership, he was a professor and Chair of the Manufacturing and Mechanical Engineering and Technology Department at Oregon Institute of Technology. While in Oregon, he served as the Affiliate Director for Project Lead the Way-Oregon and Assistant Director of Oregon Space Grant. Dr. Brower has served in the position of the assistant CIEC ETD Program Chair in 2005 and Program Chair in 2006. He was the assistant vice-chair for ASEE Annual Programs in 2007 and Program Chair in 2008. In another life, he worked as an Aerospace Engineer with the Lockheed Martin Corporation in Denver. He is an active member of ASEE, ASME and AIAA. Representing ASME, Brower has served as a Program Evaluator for ABET for the past 10-plus years. He is currently on the Engineering Technology Accreditation Commission and serves a Program Chair for ABET visits.

In industry, I was a rocket scientist for Lockheed Martin and on the team that launched the TIV rocket. In academia, bringing Project Lead the Way to Oregon was a high point. Currently, acting as a team chair for ETAC of ABET and visiting many schools across the country and Middle East has been very rewarding.