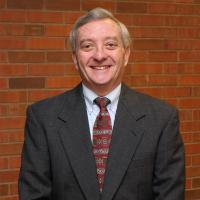 Peter Birkholz graduated from Sam Houston State University with a BBA in 1975 and an MBA in 1976. For 25 years, Peter was a sports promoter, television announcer and television producer. After selling his sports franchise, Peter taught Marketing and Management courses for three years at the University of Houston at Clear Lake and then taught for another 10 years at Sam Houston State University. He also served on the first Sam Houston State University Alumni Board, the Rotary Club of Huntsville and the Board of Trustees for the Boys and Girls Club of Houston. Currently, Peter is the managing partner of the Sam Houston Group, LP, which is a real estate partnership that owns commercial property in Huntsville, Texas. Peter has a home on the Taylor River in Almont, Colo., and also resides in Huntsville. Peter and his wife, Kaye, have five boys and five grandchildren. He enjoys writing and has just published his first book, “When Wrestling Was Rasslin’”.