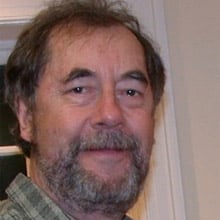 My first job was a Senior Economist in the European Department of the International Monetary Fund. I was part of several very large stand-by programs that involved complex negotiations with European governments on conditionality to restore financial stability. I left the IMF after 10 years and started a manufacturing business in Lesotho, a small southern African country. It grew to over 700 employees and exported its goods around the world. While doing this I became interested in issues surrounding what makes for a good business environment. I came back to the United States and joined the World Bank in its Latin American regional department working on business environment issues. It was there that I wrote my first book based on the methodology that I had developed to examine constraints to doing business. I left the World Bank after six years and started my own consulting business that specialized in the area of law and economics in developing countries. I undertook consulting assignments for a wide range of institutions including the IMF, the World Bank, the Asian Development Bank and several other multilateral and bilateral aid donors. For an extended period I was the principal economist for a large technical assistance program that I created and which was run by the Asian Development Bank in the South Pacific. I now specialize in evaluating projects and programs for international organizations like the World Bank and the Asian Development Bank.

When I moved to Gunnison from Washington DC in 2006

As an economist at the International Monetary Fund. As an entrepreneur in Southern Africa. As an economic advisor at the World Bank. As the head of my consulting company. As a lead consultant in the evaluation departments of the World Bank and the Asian Development Bank.

I love economics. I consider it to be one of the most exciting areas in which to work. It has so many applications. I am not an avid proponent of highly mathematical models, but rather using economics to figure out the incentives to which people respond. Economics has so many applications. In particular, I am fascinated with the intersection between law and economics. Many people do not realize just how our economic behavior is governed by the legal system. Although I have never been a full-time academic, I enjoy writing books and for professional journals. I have published fairly extensively in peer reviewed journals on a wide range of issues – from exchange rate policy, water rights, and law and economics. I have also written 3 books. I have just had an article accepted in the Asia and Pacific Policy Studies journal on the World Bank Doing Business Indicators and why they are so inaccurate.

Moving to the Gunnison Valley was one of the best things that my wife Enid and I have ever done. It is not only the physical beauty of the Valley, but also the people. I can honestly say that some of the best conversations I have ever had have been here and we have made some wonderful friends.