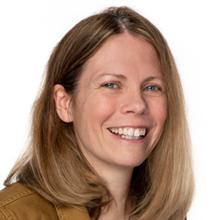 I discovered Western because we share a passion for helping develop talented writers, no matter where they live. My life’s mission is to help underrepresented voices and stories reach the screen. I love that our program allows writers to write from anywhere in the world, while giving them access to amazing teachers who understand the art and business of film, television and streaming.

Taking a project (MABEL, 2023) from concept to script to the Film Independent Lab to a finished indie feature in two years. Exec-producing BLACK NATIVITY for Fox Searchlight. Developing half a dozen indie features, taking them to Sundance, and selling them to distributors like Lionsgate and TWC. Winning an Emmy for writing a sports documentary. Directing documentaries for A&E and ABC. Covering the Olympics as a journalist. Writing features for The New York Times. Covering theater and dance for The New Yorker. Publishing a book with Simon & Schuster. Seeing my students land their first managers and entertainment jobs.

No matter how the industry continues to change, there is always a space for work that reminds us what it means to be alive and to be human. It’s so exciting to see writers continue to find these felicitous places where they can make personal work that only they could have made. I am also glad to see our field taking strides toward equity. While we are nowhere near where we need to be, it’s the best time it’s ever been for underrepresented writers.

The breathtaking landscape. As backdrop to a residency, the place gives you a feeling of aspiring to reach your highest potential.

Joy Goodwin grew up in rural Ohio, but her love of performing arts brought her to New York City, where she covered theater for The New York Times and The New Yorker. Transitioning to TV, she rose through the ranks to direct documentaries for ABC and A&E, before landing at Plum Pictures, where she co-produced six Sundance films and executive-produced a Fox Searchlight feature.

As a screenwriter, Joy’s work has been selected for the 2021 Writers Lab, the 2020 Athena List, the 2020 Film Independent Screenwriting Lab, and as a comedy feature finalist (top 5) at the 2019 Austin Film Festival. For director Nicholas Ma she wrote MABEL (2022), produced by Helen Estabrook (WHIPLASH) and Luca Borghese (MONSTERS AND MEN). She has also developed screenplays with the directors Debra Granik (WINTER’S BONE) and Carl Franklin (HOUSE OF CARDS). She also writes fiction and nonfiction, including the award-winning book THE SECOND MARK (Simon & Schuster, 2004).

Joy has held many jobs, including: corn farmer, Olympics reporter, hotel desk clerk, piano player, union organizer, and modern dance critic. She enjoyed them all. She aims to write movies that make two hours fly by and leave you feeling hopeful.