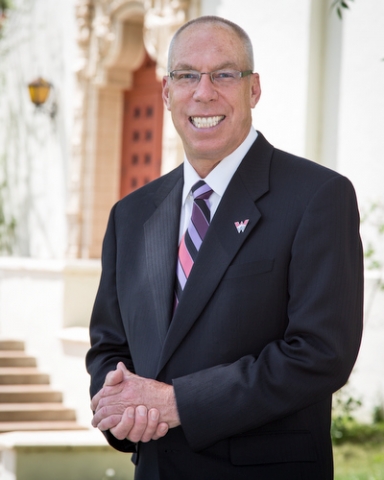 Dr. Greg Salsbury was appointed by the Western Colorado University Board of Trustees as the fourteenth President of the University in April 2014. Since his arrival at the helm of this small, liberal-arts-focused university, he increased overall enrollment at a rate faster than any other four-year institution in the state. In 2018, he secured the largest donation in the 100+-year history of the school and one of the largest in the history of the state – a $90m contribution for a new school of computer science and engineering at the Gunnison campus. He negotiated a strategic partnership for this new program with University of Colorado Boulder that allows students to graduate from a Top 20 engineering school in Gunnison, CO. During his tenure, he also doubled the diverse student population, increased graduation and retention rates, improved financial ratios, and created the nation’s first Outdoor Industry MBA program.

Prior to his appointment, Salsbury worked as a consultant and senior executive for the financial services industry including as Executive Vice President for Jackson National Life where he oversaw the Bank and Regional Broker Dealer channels. Jackson is wholly owned by Prudential plc where he was a member of their Group Leadership Team – the top 75 executives in the 25,000+ person global enterprise. Back in 2006, Dr. Salsbury was among the first to warn of the impending financial crash with his book:  But What If I Live – The American Retirement Crisis®. His presentation on this subject was the winner of the Insurance & Financial Communicators Association’s “Best in Show” award. His 2010 follow up book Retirementology – Rethinking the American Dream in a New Economy® topped Amazon’s “personal finance” category.