L.A. Chargers running back Austin Ekeler reflects on his college days at Western

On his first job in Gunnison: “I was a raft guide for Three Rivers Resort. It was fun for one summer, but it’s not for me. That was my first time guiding rafts. That was my first actual job, too. The lower part of it is the Gunnison River; the upper part is the Taylor River.”

On his major: “I am a Business major with an emphasis in Energy Management. Kind of a unique emphasis on campus in the business world. I think there were only seven or eight universities at the time when I joined the program that offered that. It’s about the oil & gas industry and basically preparing us to be a landman, which is essentially the middleman between the private-land owners and the oil & gas companies.”

On his summer internship: “Noble Energy offered me an internship, and I took it. It was right before my senior season. The internship was amazing. … Western kind of feeds right in to Noble Energy. There were Western alums all over the place. So they were excited to have another Western intern.”

On experiential learning: “We have oil & gas companies come in during the fall who interview us. There are several that come. Menon Billingsley and Jessica Richards (now Jessica Laramie) … they’re kind of the heads of the program. They have really good connections to the oil & gas industry. They’ve done a great job of exposing Western students to the oil & gas world and bringing in all the companies for us students. If not for Menon Billingsley, I definitely would not have had that internship. … It’s easy for student-athletes to fall from the importance of their grades. So much of our days is caught up in practice, for instance. Menon Billingsley, behind the scenes, played a huge part in my academic success.”

On the classroom: “The class sizes are small, too. I pretty much knew everybody in the Borick Business Building. It was rare that I walked into the Business Building and saw an unfamiliar face. Class didn’t even feel like class. It felt more like ‘group learning’—let’s discuss things. Classes were small. Teachers knew my name. They knew I was a football player. They knew who I was in the classroom, too. I was Academic All-American three years in a row.”

On favorite spot on campus: “Weight room. I’m not even kidding. The Mountaineer Field House’s weight room. That was my absolutely favorite spot. If I wasn’t in class, and I was on campus, I was probably there. I remember a picture of me going up in the Mountaineer Field House—a banner on one of the pillars in there. Everyone was so jealous because I was a true freshman, and I had my picture up there.”

On favorite restaurant in Gunnison: “Double Dragon. Double Dragon is fire. Actually, I have Chinese food in front of me right now.”

On best memory on the field: “Beating Mines my senior year. It was a wild game. We were going back and forth with Mines in a really high-scoring game. I ended up having 320-something yards and, I think, four touchdowns (316 rushing yards, 49 receiving yards, five total TDs). And there were the most people that I’d ever seen at a Western game, which is what made it really special. The stands were packed. The stands were actually full, and it was actually loud on the field. It was when we were starting to hit a little groove by winning some games. People were getting excited. Football was starting to pick back up for the Western program. I think it was Homecoming. I had people come up to me after the game, taking pictures and autographs. There were newspapers coming for interviews. It was a really special moment after that game. It felt like that’s what college football should’ve been.”

On best memory off the field: “Ice fishing with my buddies on Blue Mesa. During the offseason, that’s usually where I was if I wasn’t working out or in class. Probably in the hut with some of my football buddies. Definitely ice fishing. We had all the gear: the augers, the Vexilars, the heaters, the tent. That was my favorite thing to do up there in the winter. We’d catch trout and lakers. There’s a fishing tournament out there every year. I never won, but I won the football throwing contest. That was really fun.”

On the Gunnison community: “That’s another thing I loved about Gunnison. There’s a small-town feel. … It was a cool place to be definitely for those 3 ½ years not just because of football, but because of the community, which was so generous. I loved going out. I had a well-known face in the valley. And I think that’s because I tried to help out as many people as I could when they asked. It was just a special experience to be at Western and Gunnison in general.”

—Video: Austin Ekeler goes from Western to NFL (and back), by chargers.com 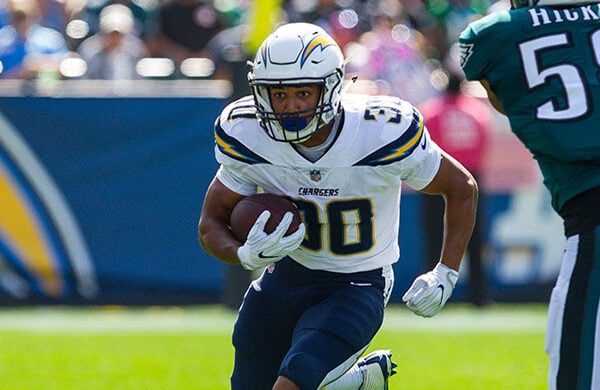 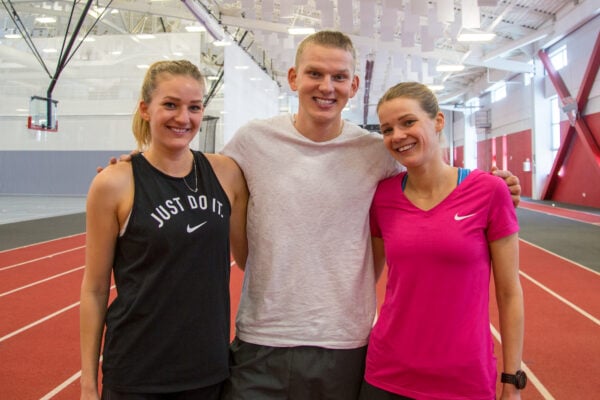 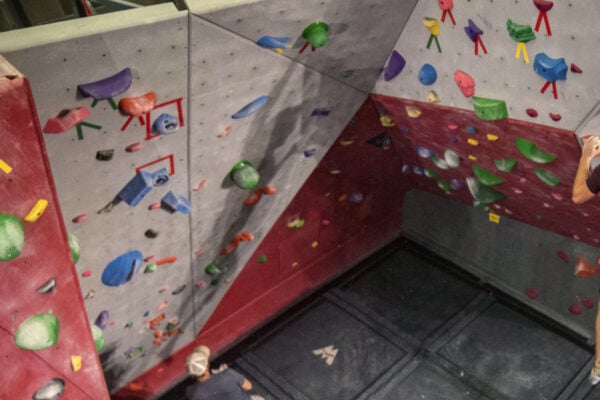